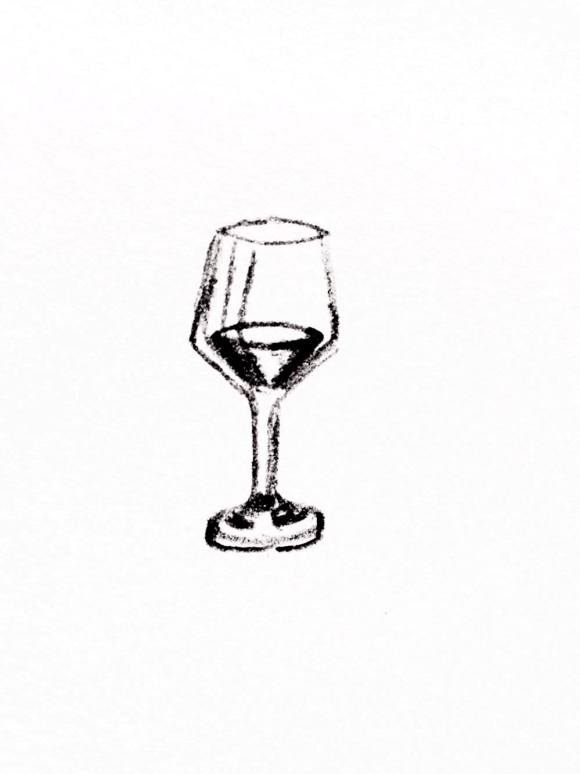 He is five ft. 7 inches, has a receding hairline, a pasty complexion, and the habit of cracking his pink-tinted knuckles every half hour. His year-long attire is so static that it never betrays the season; plaid shirt, navy blue sweater vest, corduroy pants, and round toed shoes.

He lives with his dog who wakes him each morning, making the alarm clock on his bureau redundant. But he is the sort of man who leaves little to faith, and so sets it nonetheless each night before bed. His staple diet for breakfast includes lightly toasted bread, unsalted butter, a bowl of plain yoghurt, a banana, and a cup of tea—sugarless. It is enough to sustain him at his nine-to-five job that he works at from nine-to-ten instead; eager to ‘leave not for tomorrow what can be done today.’

When he returns home he becomes the kind of man who’s inhibitions have set with the sun. He scans the apartment to confirm the maid’s attendance, pours his dog a new bowl of food, then sets to work on what he knows will be the highlight of his day.

He fingers his phone to play some music. As it begins to sound he pulls open a weathered cookbook, perhaps the only thing in his home apart from himself that shows signs of aging. Today’s meal is roasted veal with cranberry glaze. He spends two hours beneath the spotlight above the kitchen counter, aligning his dexterity to the sad songs of Julie London.

He is careful while laying out a single placement from his 12-set of finest China; white, gold rimmed, Villeroy and Boch. If seen from the entrance of his living room, he looks like he might be the subject of a Jack Vettriano painting. Before he collects his utensils, he pours himself some red wine. It swirls into a tall glass that he lifts with an outstretched pinky. He holds it up to an audience of empty chairs and stalls for a moment as though awaiting their attention. Then, as he did the day before and will likely do again tomorrow, he says, “To Me.”